The gold rush period in California was probably the greatest mash-up of languages and cultures since Babel.  People, literally from around the globe, converged in a small area on the western coast of America, all with the express purpose of getting rich.

The southern mines were particularly colorful.  My ancestor, Henry Zane Jenkins, described the population: “we find every kind of people here that have ever been seen in any place almost – there are French, Spanish, English, Irish, Scotch, Dutch, Swiss, Chinese, Native Indians, Mexicans, Negroes, Portugeese [sic], Italians, Genoese, Islanders of the Pacific and representatives from every state in the union in abundance, Russians, Poles and many others.”  I don’t think it can get any clearer than that, except that he somehow managed to neglect the Germans and South Americans, who were also there.

What is now the southwestern United States was ceded by Mexico in the Treaty of Hidalgo-Guadalupe in February 1848, just a couple weeks after James Marshall discovered gold in Coloma (Sutter’s Mill).  Prior to that, California had been under Spanish and Mexican rule for centuries.  The Spanish-speaking Californios became U. S. citizens according to the treaty terms.  Spanish was the language of the land.

What’s interesting is how quick the American immigrants were to impose their culture and language on this newly acquired territory.  Learning Spanish?  Out of the question!

One of the most colorful of gold rush writers went by the moniker Dame Shirley (Louise Clappe).  She and her husband, a doctor, lived in the Feather River mining district in 1851 and 1852.  Her letters to her sister back east are some of the most descriptive works about the era.  Below is her take on Americans and their dealings with people who don’t speak English.

By the way, speaking of languages, nothing is more amusing, than to observe the different styles, in which the generality of the Americans talk at the unfortunate Spaniard.  In the first place, many of them really believe, that when they have learned sabe and vamos, (two words which they seldom use in the right place,) poco tiempo, si, and bueno, (the last they will persist in pronouncing whayno,) they have the whole of the glorious Castilian at their tongue’s end.  Some, however, eschew the above words entirely, and innocently fancy, that by splitting the tympanum of an unhappy foreigner, in screaming forth their sentences in good solid English, they can be surely understood; others, at the imminent risk of dislocating their own limbs and the jaws of their listeners, by the laughs which their efforts elicit, make the most excruciatingly grotesque gestures, and think that that is speaking Spanish.

I can fairly report to you that things haven’t changed in 165 years.

Reading Dame Shirley’s remarks brought to mind an incident when my husband and I were in Italia in 2011, near the Ponte Vecchio in Firenze.  (I have never figured out why everyone “translates” place names.  It’s München, not Munich.  New York, not Nuevo York.  Phonetic spellings, okay, I get that – I’ll never learn to read Mandarin.)

We were having a light repast at a food stand when two American women walked up to the proprietor and wanted a Coke.  But not an ordinary Coke, apparently (I don’t drink sodas, so I’m not well-versed on the different types).  The vendor held up the two kinds she had, but apparently they weren’t what the women wanted, so they just started repeating themselves louder and louder, as if screaming would magically make the desired product appear.

They finally settled for one of the two available Cokes, but then they apparently were not able to open the bottles, due to lack of strength or arthritis.  So they walked over to a young man who was relaxing with a cigarette and an espresso and started yelling at him and making wild gestures.  At first he just looked alarmed, but it finally dawned on him what they needed and he graciously complied.  I don’t recall if the women thanked him, but if they did, it certainly wasn’t in Italian!

I don’t claim to have any particular facility for languages, though at one point I spoke Spanish fairly well.  When I travel, I do try to learn at least some basics (especially “Please” and “Thank you”), even if I forget most of it once I get home.  It does make a huge difference when you are a visitor in another country, and does much to dispel the notion of the “ugly American.”

Clappe, Louise Amelia Knapp. 1949. The Shirley Letters from the California Mines 1851 – 1852, with an Introduction and Notes by Carl I. Wheat.  Alfred A. Knopf, New York.

One thought on “The Ugly American Syndrome” 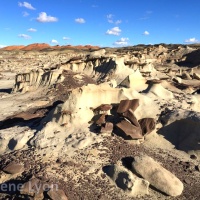