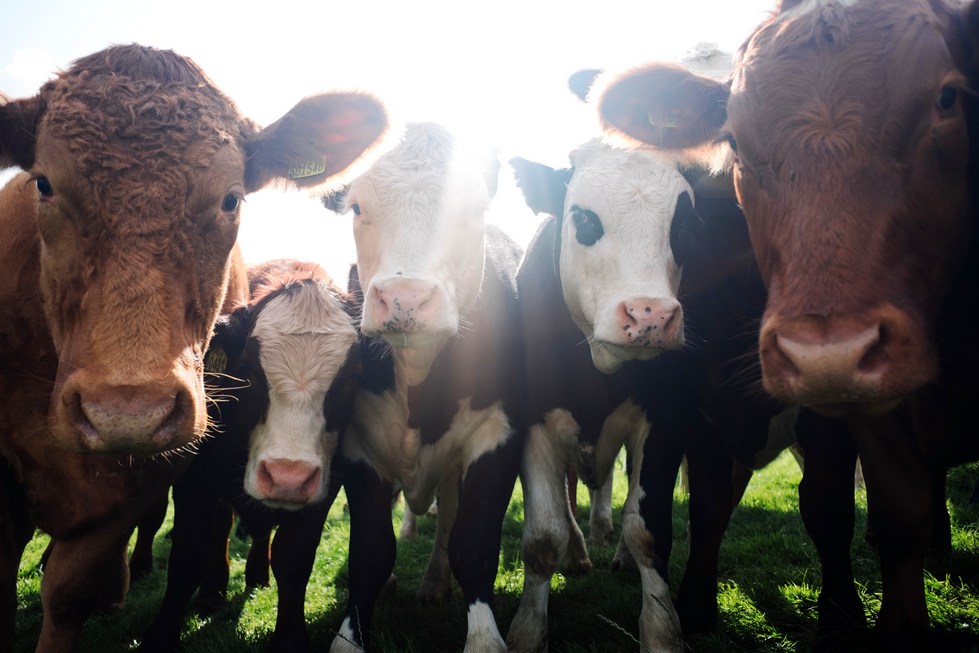 I love County Fair time. It’s the only time of year I get to hang with barnyard animals – and I’m not just talking the four-legged-and-feathered gang. Since our fairgrounds are right in town, and it’s tourist season, I took the opportunity to ride my bike along the scenic river trail to my destination. 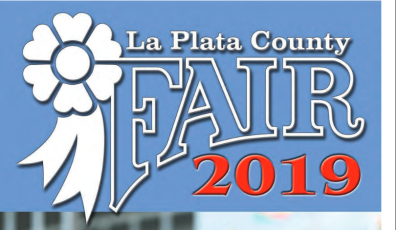 After locking my two-wheeled steed to a shady tree, I heard the call of the livestock judges, so I hustled to the arena to peruse the pampered bovines. Promptly landed in a fresh happy-pie, wearing completely inappropriate footwear, of course. 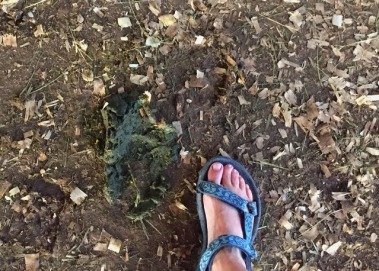 I swear, there are more shampoos, spray bottles, combs, brushes, razors, and blow-dryers here than in a bevy of beauty salons.

This lovely heifer enjoyed the fresh breeze up her whatzit, but not having her portrait done. She stared at me long and hard until the camera came up. Then she quickly gave me the cold shoulder. 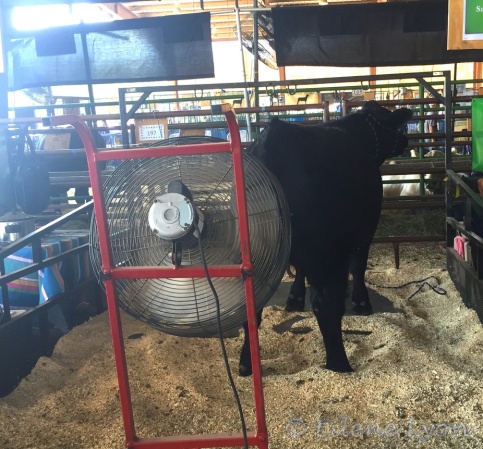 The 4-Hers had their moment in the ring to parade their hard work before the judges and proud parents. I’m impressed with how those boys and girls push and pull around so many pounds of beef on the hoof. (I prefer mine on a plate, medium rare, with a side of broccoli and loaded baked potato.)

I wasn’t quite sure what the deal was with the kids poking the cows in the belly, though. To prove it was all meat and not grass gas? 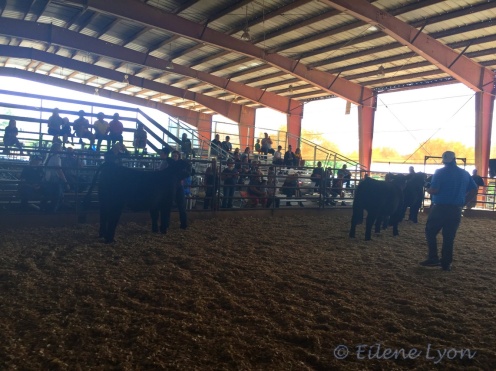 No matter how small or large the cowboy or cowgirl, a dessert-plate-sized belt buckle was absolutely de rigueur. 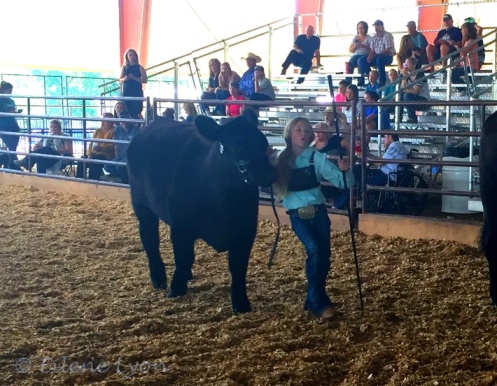 I must admit that I’m partial to the pigs. And it’s not just because bacon is one of those must-have items in my diet. No, you can lay the blame squarely on A. A. Milne and E. B. White. I loved these two playing a little kissy-face. 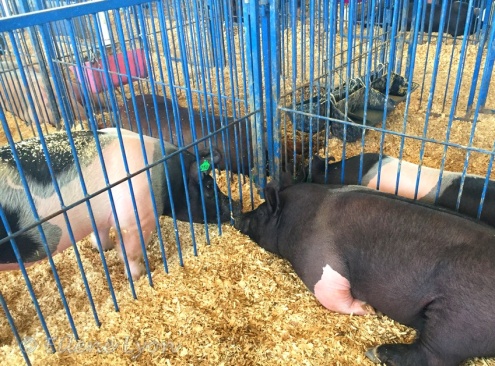 This one seems to have a worried, knowing look. I swear I did not whisper “pork chops” in her ear. 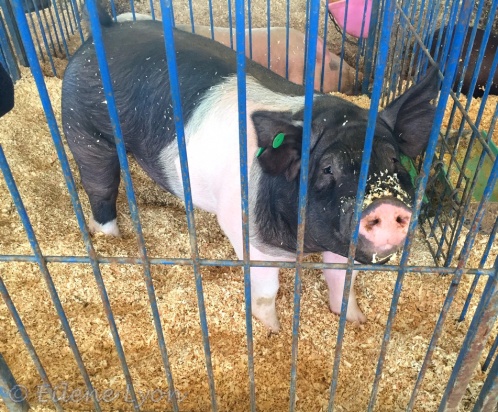 But most of her brethren were pretty chilled out. 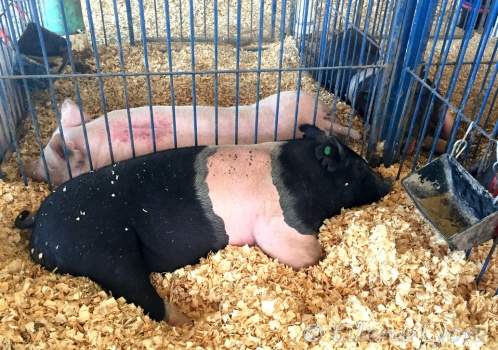 Onward to the sheep and goats. Years ago, when I was carving a jungle scene into a slab of mahogany to be the headboard of the bed I was building, my woodshop instructor pointed out the perversion of taking this beautiful tree out if its native forest and then subjecting it to the indignity of have a jungle carved into it.

So, I wondered how these sheep felt about being dressed up in coats. “Hey, ya know, I had a perfectly decent coat until you took it away from me!” But they are rather stylin’. Now when they go out in the field, they don’t all just look like a bunch of super-plus tampons on legs. 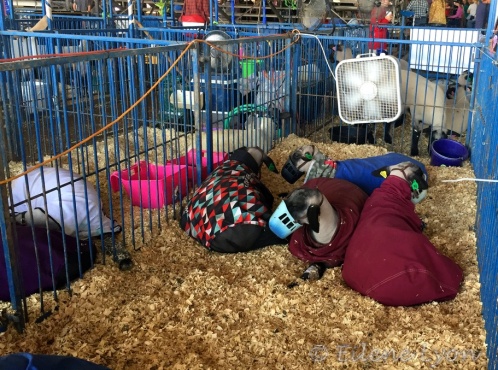 I mean, check out these duds. I do think there is probably a bit of Spandex® going on here. Sacrilege! 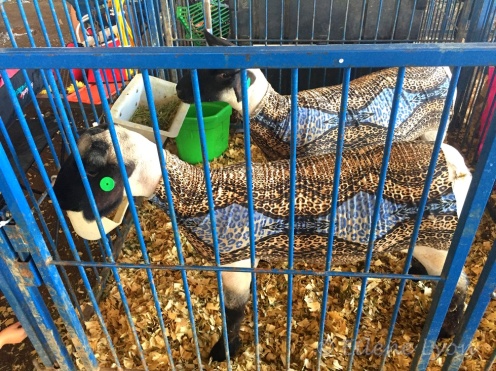 Most of the goats were perfectly respectable with long, floppy ears. Then I ran across these two. Those ears are smaller than a pinnaped’s (aka sea lion). The breed name turns out to be Lamancha. Which naturally brings to mind Don Quixote. And if I mangle my Spanish badly enough, makes me wonder if something came along and chewed their ears right off. 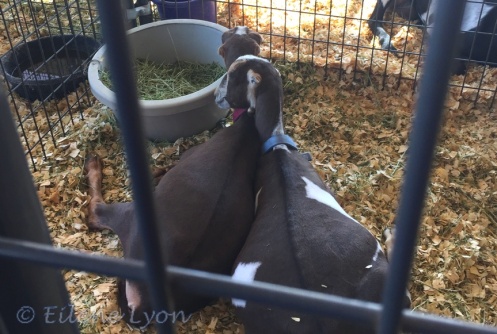 To the poultry and rabbit barn! You gotta love a 4-H kid with a sense of humor. 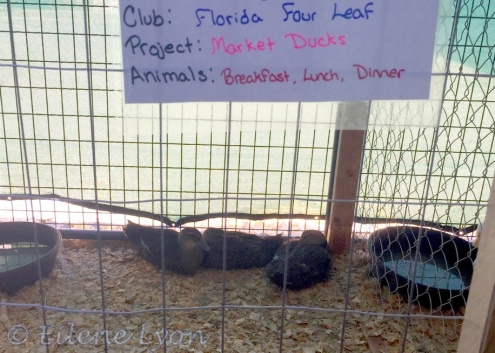 Check out all these adorable future farmers lining up for a chance to hold the rooster. This man was clearly having a blast with the little tykes. 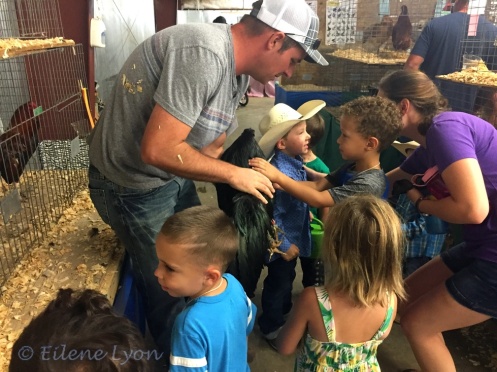 Next stop, exhibit hall. Right inside the entry, the Republican Party plastered their banners from floor to ceiling, trumpeting Trump and our Congressional representative who refuses to hold a town hall anywhere near Durango. So where were the Dems? Dunno.

Okay, past the ladies selling religion and face cream, yada yada. The photography exhibit is always very good. The quilters are world-class (two of my friends had theirs on display). The quilters’ guild raffles one off every year.

Upstairs we find the floral and produce section. It seems the entries are fewer and fewer every year. I’m starting to think that next year I should participate – I could clean up in the ribbon department, and I don’t even grow all that much.

One category does seem to be expanding: fairy gardens. Go figure. I guess with the way the world’s going, a little fantasy land sounds pretty good.

The baked goods, preserves, and handicrafts seem to be holding their own. After all this wandering, I was a bit thirsty. I should have gone straight for the water bottle on my bike. Instead, I headed over to the midway where the food stands were set up. 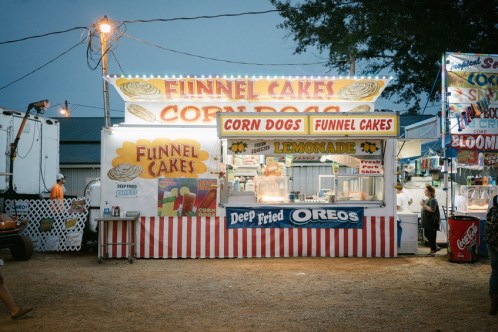 Strawberry lemonade sounded refreshing, so I stepped up and ordered one. When the woman told me, “That’ll be six bucks,” I should have immediately come back with, “What?! Is there some tequila in that?” Or at least cancelled the order and walked away. Live and learn.

Instead she handed me a Big-Gulp-sized container filled with something that I swear was laced with aspartame. After drinking about 50 cents worth, I began feeling a little nauseous. But hey, I can get half-price refills all weekend! I dumped the rest out and tossed the plastic into the nearest recycling bin, feeling extra guilty about the straw.

With that less-than-satisfying conclusion to my visit, I mounted my purple-painted “pony” and cantered off down the river trail. 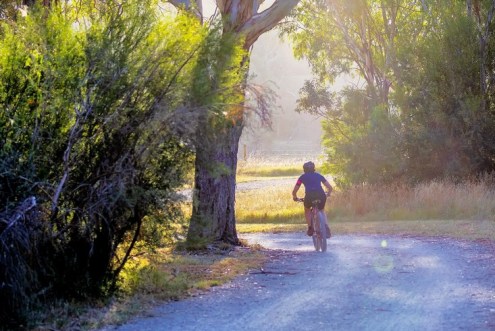 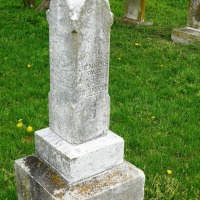 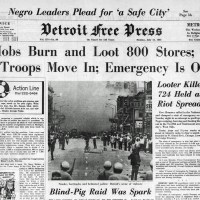 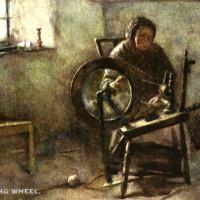 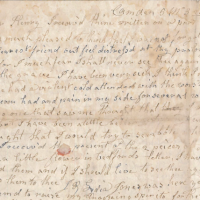 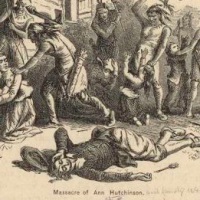 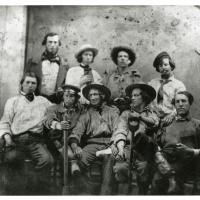 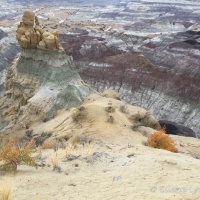 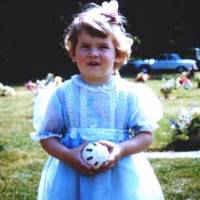 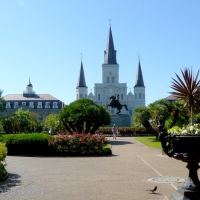