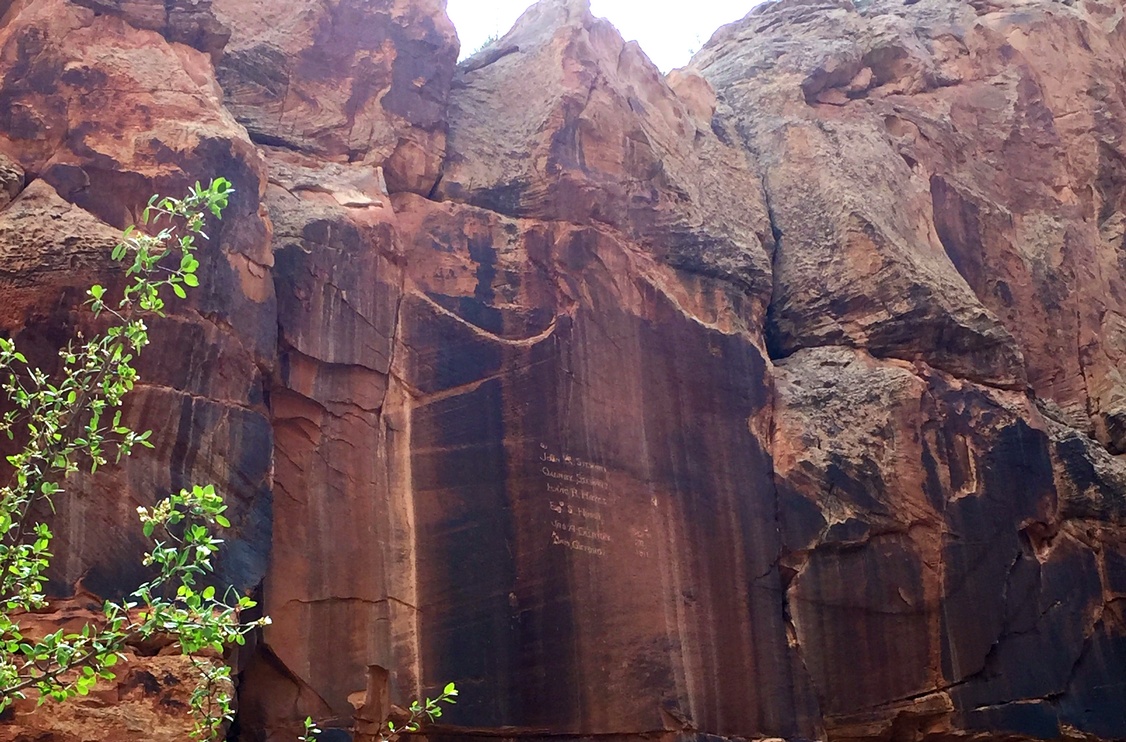 One way our ancestors may have left a trace of their passing is by carving their names in stone. You’ve likely heard how westward pioneers inscribed Independence Rock along the Oregon Trail, for example.

First of all, it creates an unsightly mess on our public lands. Secondly, you’d be breaking the law, and I don’t want you going to jail.

The image above shows the monikers of explorers who passed through this Utah canyon, in what is now Capital Reef National Park. There are also some famed inscriptions in the Grand Canyon, visible only if you go down the Colorado River.

On a recent trip to California for my gold rush research, I visited California Cavern in Calaveras County. This cave was discovered during that era and was explored by many miners. In 1853, two men decided to turn it into a tourist attraction to make money. My ancestor, Henry Zane Jenkins, helped them prepare the way by opening up passages.

Near the original entrance, thousands of visitors, including the miners, carved their names over a 100-year period. H. Z. Jenkins etched his name in three places. As you pass by, the stony walls whisper “I was here, remember me” over and over. 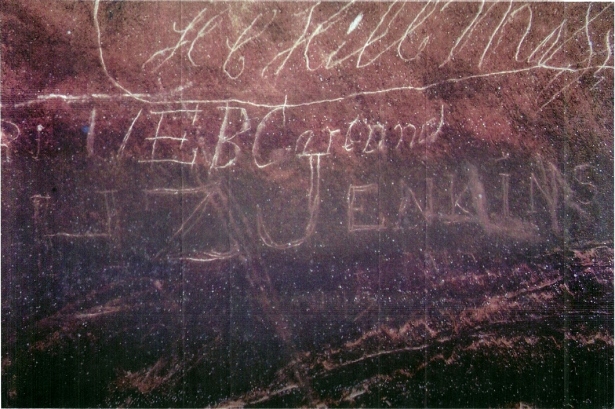 I was also able to locate the inscriptions made by two other men who are subjects of my book, Peter N. Liestenfeltz and John C. Teach. John went above and beyond, adding a date and his home: Blackford County, Indiana, a place he never saw again after making his mark in a California cave. 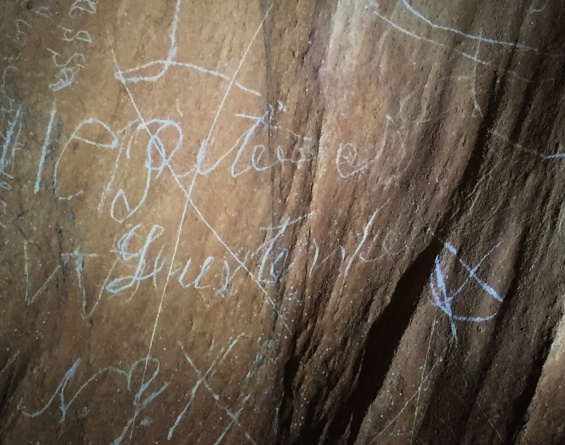