The canal packet Indiana – designed specifically to fit in the locks at Louisville – arrived from New Orleans on Tuesday the 11th, pulling into the public landing, a sloping embankment on the Ohio River, alongside a dozen other steamboats. Though scheduled to depart the next day, obtaining a suitable consignment of cargo took longer than expected. Finally, Thursday evening, the boat was ready for the downriver run.

The men from Blackford County gathered on the landing prior to boarding. Henry Jenkins likely twinged with guilt about his son-in-law, William Ransom, who’d been left behind in Indiana with his wife, Ann, and their new baby girl, Cordelia, Henry’s first grandchild. In Henry’s opinion, young men with wives and children had no business going off to California.

They were only a few days into this year-long sojourn and already he missed his dear Abby, and their children, tremendously. Before boarding the riverboat, Henry mailed off the first of his letters home describing their journey from Trenton to Cincinnati. He would be a faithful correspondent, despite his dereliction of duties at home.

The Indiana’s passengers included city residents, visitors from other towns, traders and merchants, farmers with livestock and crops to move to markets, foreign tourists, and emigrants. Among the outgoing passengers were four companies of men going to California: the ten farmers from Indiana, a company of nine from Michigan, a trio and a duo.

The “fancier” people booked staterooms in first class. They took their supper in the cabin running the length of the boiler deck. Sumptuous carpeting swathed the high-ceilinged room, except in the bar area where the men gathered and spit their tobacco juice, disregarding spittoons.

The walls and ceilings sported elaborate trim painted and gilded, reflecting the light of the ornate cut-glass chandeliers running down the center. Dining tables sat at one end of the room and upholstered chairs lined the walls between doors decorated with landscape paintings, leading into the staterooms, so-called because each door bore the name of a different state.

Pot-bellied stoves provided warmth. For those wishing to play cards – euchre being popular – additional tables huddled in the center of the room. There was even a piano for musical entertainment.

The Blackford boys weren’t traveling in such lavish style, however. They booked passage on the main deck, and brought their own provisions aboard. They made their beds each night on whatever piece of cargo provided the most comfort and protection from the elements. The deck group boarded just before departure, since freight was a higher priority.

They crowded in wherever they could fit and tried to stay out of the way of the crew. Living on the frontier had taught the farmers not to expect luxury. As the sun set, Henry and his companions picked up their valises and packs – containing a few personal articles, tools, weapons, tobacco, and mementos of loved ones – and their sacks of food intended to get them to New Orleans and beyond.

Leather boots thudded on the boarding planks as they marched down to the boat and stepped onto the guards, the portion of deck extending beyond the ship’s hull, loaded floor to ceiling with cord wood. For a slight decrease in the already-low fare, they would be rousted to help with loading wood to fire the boilers when the boat stopped for fuel, even in the middle of the night.

The boilers burned 30 cords a day and the massive galley stove needed an additional cord. Barrels and crates packed tightly by the Irish roustabouts filled most of the remaining space. The deck passengers had to squeeze themselves in as best they could.

The deck was clean for the moment, but human and animal waste, trash and mud would change that soon enough. The ‘tween-decks space was high, providing some ventilation – perhaps too much in these winter months – and had nothing much to offer in the way of comfort save a single woodstove for main deck passengers to cook meals.

The Blackford group circulated among the steerage crowd, getting acquainted with the passengers, crew and the boat itself. This was the Indiana’s fourth voyage to New Orleans, having been launched just a few months earlier from the Cincinnati boatyard. If she had a responsible crew, well-versed on boiler operations, the most-feared calamity of steamboat travel, an explosion, could be avoided.

By 1850, 185 boiler explosions had killed 1,400 people. These river tragedies did nothing to stem the flow of steamboat passengers. Non-boiler-related fires occurred, too. One European tourist remarked how casually people would smoke near open bales of cotton, and barrels of gunpowder were treated the same as pork, with apparently no heed for potential conflagrations.

Other risks abounded on the river. Just two months earlier, the John Adams hit a snag on the Mississippi and went under so fast that nearly all the deck passengers had drowned, unable to free themselves from the payload confining them in the main deck compartment. The Indiana passengers tried not to think of it.

The pilot house was at the highest point on the superstructure, above the hurricane deck and the officers’ quarters (the “texas”), glassed in on the sides, but open toward the bow above the wheel, so sight and sound would be unobstructed. A woodstove warmed the pilot’s backside.

Well after sundown, the boat readied to depart. The mate bellowed, “All ashore what’s not headin’ downriver!!” Guests of the first class crowd, who had been admiring the upper decks and staterooms, scrambled to the landing, waving goodbye from shore.

Captain Carpenter shouted orders to the pilot to back out into the river. With black smoke blooming from the stacks signaling imminent departure, the bells clanged and the pilot shouted down the speaking tube to the engineers below decks to run the wheels in reverse. The Indiana’s wheels churned the dark, shallow water and backed carefully out into the icy, bracing grip of the mighty Ohio.

A cannon boom startled everyone on board but the crew. Shouts and cheers arose from the passengers on deck; the Blackford men thrilled to be on the move at last. Steamboats ran night and day as long as conditions allowed, usually laying too only for fog. Clear skies and a three-quarter moon beamed that night for navigating the 88 miles to Madison, where they would load additional goods and passengers.

The temperature dropped noticeably after dark. The Blackford men stayed alert, reveling in the novelty of steamboat travel. As the steam engines propelled them away from Cincinnati, they watched the skeletal forms of winter-dormant trees drift past, bade goodbye to the city that had entertained them for the day, and continued their engrossing conversations with new friends.

Eventually they collected their bags and bedrolls and claimed a nook among the merchandise. The entire boat shook with the vibration and thrum of the high-pressure engines. Once packed with people, the closeness of the air seemed oppressive to anyone not used to camping in a barn with cattle.

The air was redolent with burlap, wood barrels, unwashed humans, and animal smells. The men wrapped themselves in blankets, tucked their bags under their heads for pillows, and huddled together for warmth. Sleep, in this loud, crowded, unfamiliar place, was bound to be fitful. When they did manage to nod off, visions of gold nuggets glittered in their dreams. 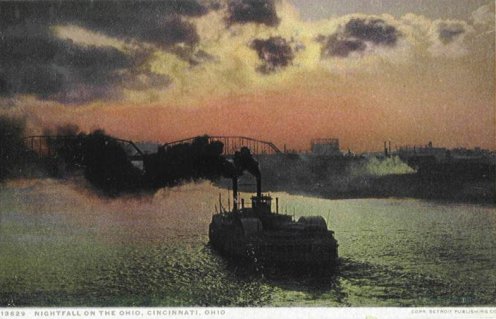 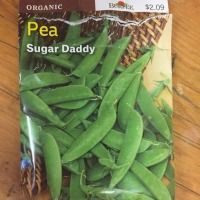