I can’t tell you much about bachelor South Dakota farmer Clarence Halse’s long life. But I can tell you this – it got off to a rough start.

Clarence’s parents were Robert J. Halse (youngest son of Robert H. Halse) and Alsina Neville. Robert and Alsina married in Day County, South Dakota, in 1899 and had three children: Elizabeth in 1900, Clarence in 1903, and Ethel in 1905.1

When Ethel was just a baby, Alsina left Robert, taking Ethel, but leaving Elizabeth and Clarence with Robert.2 Robert had epilepsy and many assumed his seizures would bring about his death at some point. And so it happened.

On June 23, 1906, The Watertown Public Opinion printed the story:

“Robert Halse, a brother of Richard D. Halse of Dexter, died very suddenly Friday forenoon, en route from his farm home in Dexter township to Watertown.  He left his home Friday morning with a load of produce, intending to drive to Watertown, but he had come but a short distance when he was seized with an epileptic fit, in which he died.  His body fell from the wagon and the team continued along the road.  A neighbor saw the team passing without a driver, ran out and caught it, and went back along the road until he found the remains of the driver, cold in death by the roadside.”

After their father was laid to rest in the Dexter Cemetery, Elizabeth and Clarence were left to the mercy of the community. Did their mother come get them? No. Did the Halse family take them in? Yes and no. Elizabeth’s aunt, Elizabeth (Halse) Casterton, in Winneshiek County, Iowa, took her in.3

But none of Clarence’s relatives seemed willing to take in the 3-year-old boy. It’s a complete mystery to me. (I’ve always wondered if Dick and Lucy Halse took in baby Ada Coffey a few years later partly to atone for not taking in their nephew.)

According to my distant cousin, Earl Drake, “…the little boy was placed in a home that was pure squalor. They lived like animals…”

Inger Karine Aslaksdatter Paulsen Boe was born in Telemark, Norway, in 1852, and came to America with her parents in 1871.4 The family settled in Dodge County, Minnesota, where Inger met a fellow Norwegian, John Hansen Gronstein Johnson. Despite their 10-year age difference, John H. Johnson and Inger Boe wed in 1874 and started a family.5

With three children in tow, they moved to Codington County, Dakota Territory, in 1881 and took a homestead claim.6 Inger and John had ten children in all. Only one did not survive childhood.7

John suffered a fatal heart attack in the winter of 1893, leaving Inger a widow with nine children, but at least some were nearly grown by then.8 By all accounts, Inger was a big-hearted woman and popular with the whole community. People coming by the Dexter store would follow the well-worn path to Inger Johnson’s to have a cup of coffee and chat.9

In the Dexter community there lived a big bear of a man by the name of Manley Owen. A take-charge kind of guy, Manley was always ready to be a friend in need to his neighbors. He could be counted on to make a casket and carry it as a pall bearer, too.

While working as the head carpenter on the construction of the Dexter Church, he became aware of the situation that Clarence Halse was living in. Sure that the boy would not likely survive in that environment, Manley knew just the woman to save his life: Inger Boe Johnson.

Inger was not in any way connected to the Halse family, but several of her children later married into families related to me on the Halse/Gusso side of the family: Painter, Brooks, and Drake. Despite her strained circumstances, and already having a large family of her own, Mrs. Johnson agreed to take in the essentially-orphaned boy.

“The boy arrived at her home filthy, crawling with lice and covered with sores where he had been bitten by rats,” related Inger’s grandson, Earl Drake.

Clarence was taken into the Johnson home and nurtured. He stayed with them until grown, and continued working on the Johnson family farm for years to come. Though he never married, he remained in Codington County and led a normal, rural life.

Inger Boe Johnson, beloved grandmother of 35, great-grandmother of 11, died March 6, 1925.10 Though Clarence had never been adopted into the Johnson family, in losing Inger he lost his true mother. He signed the card of thanks below Inger’s obituary, along with all of her natural children.

Happy Mother’s Day, Inger Boe Johnson! May you always be remembered for your warmth and kindness…and for rescuing an innocent boy in dire need of your love. 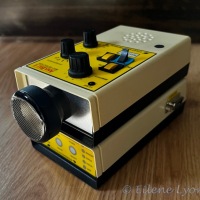